I am writing this early (noon) because the power is likely to go out later today.  Winds from Flo have gradually arrived to Raleigh starting about daybreak, but luckily are intermittent and moderate gusts rather than a sustained blow. Gusty periods were punctuated by near calm with hardly any wind at all until late morning, but even now the in-between winds are not strong.

The predicted 5-10 inches of rain is not happening, at least not by midday.  In fact it has hardly rained at all.  Just the odd shower.

Meanwhile, just 130 miles away in eastern and southeastern North Carolina a catastrophe is underway as the storm unleashes up to 30 inches of rain and 90 MPH winds as Florence crawls slowly across the region. Here was the 11am track:

The Neuse River in New Bern overflowed its banks before sunset yesterday and has flooded downtown: 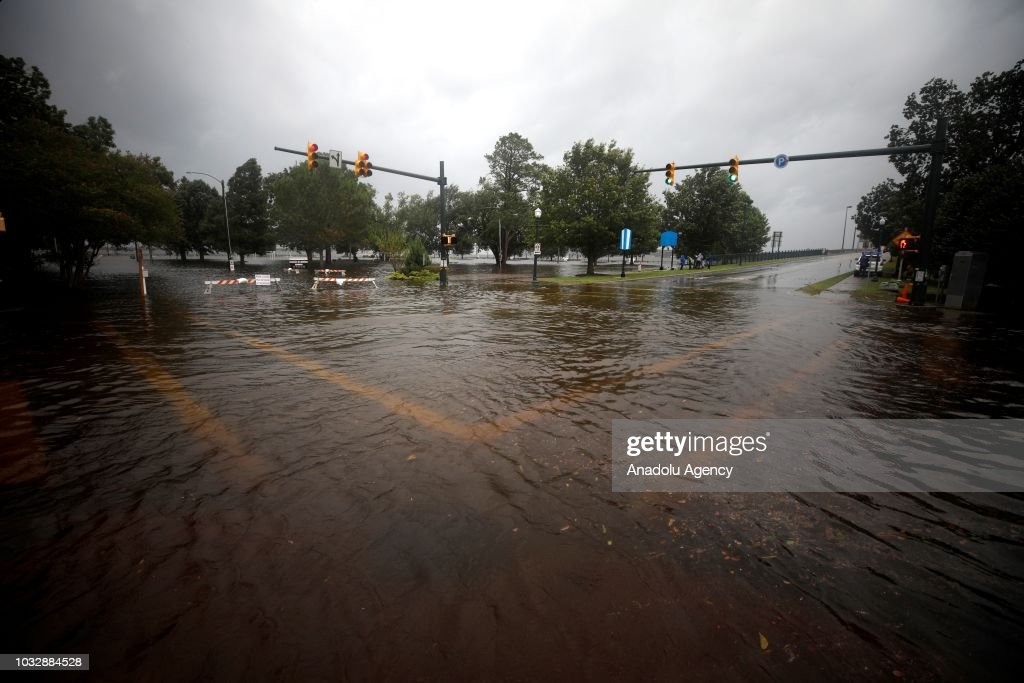